The Area We Serve

NSCBC is located in the village of Beverly Farms at the eastern residential end of Beverly on the beautiful North Shore of Boston.  The church is located minutes off MA 128, a four lane, limited-access, divided highway providing easy access to the historic communities of Boston’s North Shore.  Because of this strategic location, we are able to serve people from the coastal communities of Gloucester and Rockport some 15 miles northeast of Beverly to the cities of Danvers and Peabody some 5 to 8 miles southwest of Beverly.  In between, NSCBC draws people from greater Beverly and the surrounding quaint towns of Hamilton, Ipswich, Manchester-by-the-Sea, Topsfield, and Wenham.  These communities are characterized by horse farms, large estates, modest homes, stone fences, and large tracks of preserved land.  NSCBC also draws students from Endicott College in Beverly, Gordon College in Wenham, and Gordon-Conwell Theological Seminary in Hamilton.

A large segment of our congregation is from Beverly itself, which is a vibrant city of some 22.6 square miles with a population of just over 40,000 people.  Beverly boasts a growing arts community fostered by the presence of Montserrat College of Art, an expanding downtown restaurant and pub district, several additional small shopping areas, and all that a healthy city has to offer.  Like many of the other towns and cities of the North Shore, Beverly is rich with history, culture, and natural beauty, including forest preserve land, wetlands, rocky coastlines, sandy beaches, parks, and marinas.

Located less than 30 miles north and east of the Boston metroplex, two North Shore commuter trains from Rockport and Newburyport pass through the Beverly Depot, creating convenient and easy access for North Shore residents to reach Boston for work, healthcare, and the abundant culture, history, shopping, theatre, museums, and our beloved sports teams.  With Endicott College, Montserrat College of Art, Gordon College, Gordon-Conwell Theological Seminary, and Salem State University situated on the North Shore, it’s not surprising that 32% of Beverly residents work in the education sector.

Sadly, in this relatively wealthy setting, 11.3% of Beverly’s residents are living in households with incomes below the poverty level (2015).  The North Shore also is experiencing a steep increase in opioid addictions and overdoses.  Just earlier this year there were five overdoses within five days. People on the North Shore are in great need of the Gospel to give their lives meaning, hope, and purpose.

While the North Shore does not lack for church buildings or congregations, Gospel-centered churches are scarcer.  Around 46% of the population of Essex County considers itself Catholic with only 2.8% identifying as Evangelical Protestant.  Nevertheless, NSCBC recently formed a Gospel Partnership with seven other churches on the North Shore – some historic churches, and several newer non-traditional Gospel-centered churches who are united under the vision of reaching the people on the North Shore with the transforming power of the Gospel of Jesus Christ.  It is our prayer that this is the beginning of a much-needed revival in this area, and we see youth as a key part of this transformation.

For more information about the area, visit:

For perspectives about ministry in New England, visit: 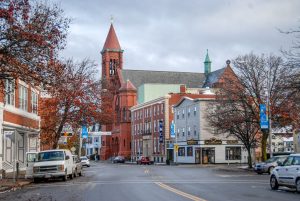 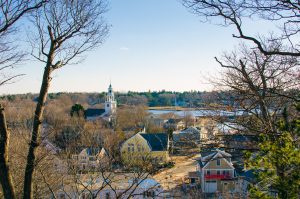 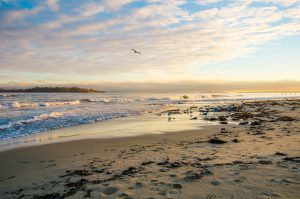